Map of the Ogallala Aquifer and its playas. Image provided by Playa Lakes Joint Venture (PLJV).Playas are shallow, depressional, and ephemeral wetlands that provide important ecological benefits to the landscape, such as floodwater retention and water filtration, as well as critical habitat for wildlife. There are over 80,000 playas in the Great Plains region alone, making them the most numerous type of wetland in the region. Serving as the primary water level recharge points for the underlying Ogallala Aquifer, the main water source for the public and for irrigation within the Great Plains, the presence of these playas is essential.

Unfortunately, these playas are under threat from sedimentation from surrounding croplands. Soil runoff from the croplands affects the playas’ natural hydrology and size. The sediment accumulation reduces the playas’ potential water capacity, causing an increased rate of evaporation and limiting the ability of the water to drain into the aquifer below.

As the Great Plains region increasingly struggles with drought and declining aquifers, the protection of these playas is paramount to the survival of the region and its inhabitants.

“It has been widely recognized that these playas are critical for wildlife at local and landscape levels, but they are also crucial for clean water for the region,” said Willow Malone, biologist in SWCA’s Denver office. “We recognize that land management and working with landowners and energy developers is key to protecting these playas.”

A Call to Action 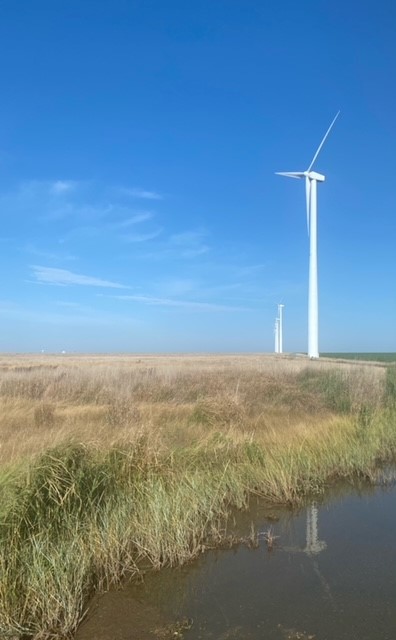 An inundated playa near a wind turbine in Kansas.According to the federal government, playas are considered ephemeral as they are depressions that hold water but are not always saturated. Because of these transitory properties, playas aren’t considered “waters of the United States” and are not legally protected by the Clean Water Act by the U.S. Environmental Protection Agency and Army Corps of Engineers. This poses problems for the future of playas as a clean water resource and important habitat and stopover point for birds.

Luckily, there has been a concerted effort by landowners, conservation groups, and energy companies to take a proactive approach towards mitigating impacts. To assist with protection efforts, Malone, along with a large, companywide team at SWCA, worked to develop a standardized assessment method and prioritization standards for playas to create a GIS “hotspot map”. The hotspot map prioritizes individual and clusters of playas based on their current ecological quality to target the playas most in need of avoidance of developmental impacts and conservation.

“Our clients actively strive to avoid these playa clusters,” Malone said. “This map helps them in these efforts.”

GIS Mapping and Beyond 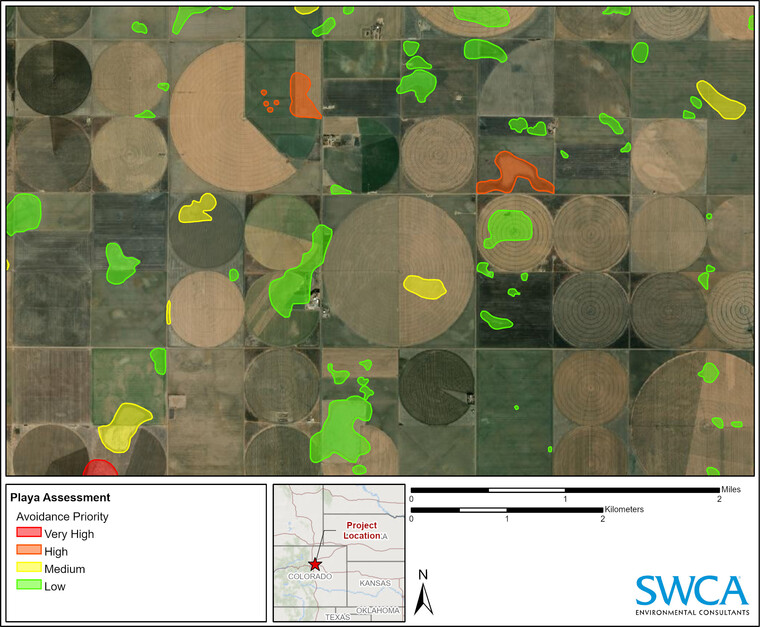 The hotspot map encourages developers to coordinate with landowners, federal and state agencies, and wildlife conservation groups to update the project layout and avoid sensitive areas. These local conservation efforts cascade to the landscape level, benefitting the industry, wildlife, and public on a large scale.

With the creation of this GIS ranking model, SWCA is assisting developers in protecting unique and critical habitats throughout the Great Plains.