Tucked in a deep valley in Washington state’s Okanogan-Wenatchee National Forest and bordering the Glacier Peak Wilderness sits tiny Holden Village, a community and retreat center and an inspiring place to renew and connect with nature. It is also the site of the old Holden Mine that left behind 8 million tons of tailings from copper extracting operations.

The site underwent a five-year remediation effort to put nature back in place, with the goal of the cleanup to protect public health, welfare, and the environment from actual or threatened releases of hazardous substances.

Because the Holden Mine (and associated miners’ camp) is a National Register of Historic Places-eligible Historic District, archaeologists, historians, and architectural historians from SWCA’s Seattle office worked to help global mining company Rio Tinto avoid, minimize, and mitigate effects to the Holden Mine site during the remediation. (Rio Tinto never owned or operated the mine; however, through a series of acquisitions, the company is now managing and funding the cleanup.) 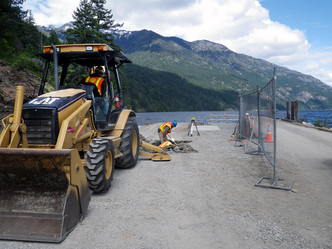 The U.S. Forest Service, in cooperation with the U.S. Environmental Protection Agency and the Washington state Department of Ecology, is provided cleanup oversight at Holden Mine under the federal Comprehensive Environmental Response, Compensation and Liability Act and the state’s Model Toxics Control Act.

SWCA worked with Rio Tinto’s lead engineering design company, MWH Global, to help make sure potential effects to historic properties are taken into account in accordance with Section 106 of the National Historic Preservation Act. SWCA’s work also supported the global communities and cultural heritage standards of Rio Tinto, which consulted with local communities to ensure the protection of cultural heritage and values as it managed the project.

SWCA documented more than 20 archaeological features of the Holden Mine and completed a Historic American Engineering Record for the remnants of the architectural features of the mine being demolished as part of the cleanup.

This work allowed us to develop a historic context and deeper understanding of the mine’s history. We were able to access Holden Village archives and speak with locals whose family members worked in the mine and the camp. Sharing our expertise and process with the various mining, engineering, environmental, and construction parties involved led to a combined understanding and responsibility for the historic preservation of the Holden Mine Historic District.

From 1938 to 1957, the Howe Sound Mining Company owned and ran Holden Mine as Washington’s largest non-ferrous mining operation. The Holden Mine prospered under Howe management, which developed this remote mine into a successful low-grade copper producer for several decades, helped by high demand for the metal during the World War II era. A substantial drop in the price of copper in the mid-1950s limited its financial viability and caused the company to end production at the mine in 1957. 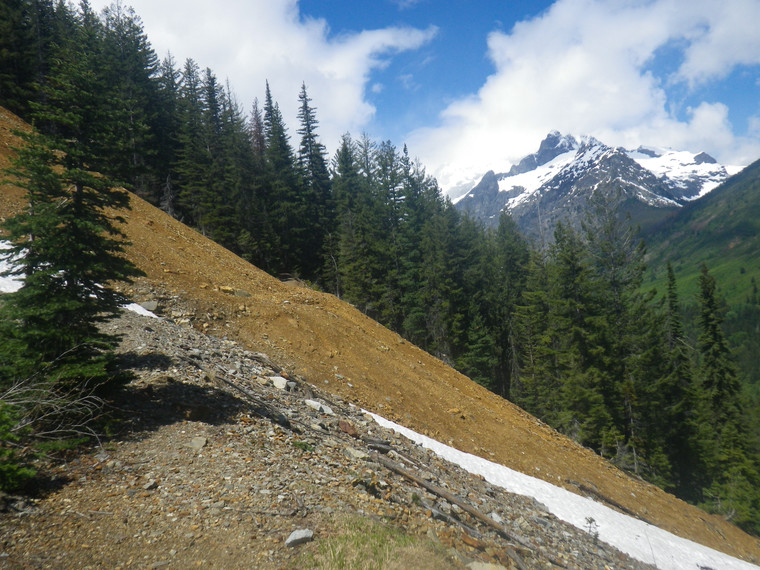 Supplementing previous U.S. Forest Service documentation, SWCA’s investigations led to the recording of mining life at Winston Camp built by the miners at the beginning of the boom, and at Honeymoon Heights, a pre-1930s miner’s camp. These two camps are contributing features to the Holden Mine Historic District, along with the Tailings Disposal System — a major engineering feat. 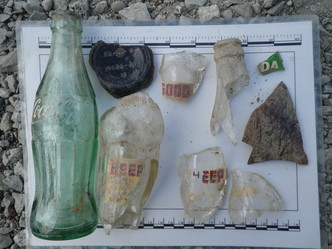 Pulling All the Pieces Together

The SWCA team was able to piece everything together through professional documentation and historical research that included accessing primary Howe Sound documents at the University of Washington Special Collections Library and the photo archives at Holden Village.

Accessible only by boat, Holden’s remote and confined location — along with its higher level of safety considerations — fostered a close-knit culture among companies working on the project.

SWCA kept careful track of cultural resources and communicated the goals of cultural resources work at all levels of the project. By working closely with Rio Tinto and MWH Global, we stayed ahead of schedule on planning and coordination with the U.S. Forest Service. The combined services of our archaeologists, architectural historians, and historians enriched the inventory of the Holden Mine Historic District, which in turn is helped Rio Tinto avoid and reduce impacts on the district from cleanup efforts.