Once a species is protected by the Endangered Species Act, activities that negatively impact those species could require authorization from the U.S. Fish and Wildlife Service. SWCA tracks threatened and endangered species issues closely and offers the following tips for staying ahead of the game.

As new species become federally listed as threatened or endangered, the potential regulatory liability for project developers increases, exposing new risks in places where those species may not have been a significant issue before. 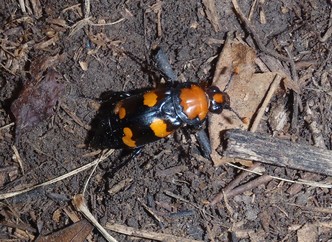 Be Prepared and Start Planning Early

Early identification of overlaps between future project activities and potential species habitat is critical to avoiding costly project delays. If overlaps exist and negative impacts to the species are likely, obtaining Endangered Species Act authorization from the Service can take several years. Keeping an eye on potential future additions to the list of threatened or endangered species is also key to avoiding last-minute surprises during critical project time periods, as the Endangered Species Act contains no grandfathering provision to exempt projects already under way when a new listing becomes effective.

Conducting pre-activity surveys for the presence of species in areas of suitable habitat can either substantiate the need for seeking Endangered Species Act authorization or help justify a determination that coordination with the Service is not warranted. Such surveys may need to be completed during short windows of time, for example (in the case of animal species), when breeding displays or nesting activities take place. By the same token, project activities may be permissible during certain windows of time when migratory species are not present. SWCA can help you develop compliance strategies tailored to your needs and circumstances and avoid the need to stop work for endangered species.

The Endangered Species Act protects threatened and endangered species from unauthorized “take,” which can include activities that directly or indirectly harm the individuals of a listed species or significantly modify its habitat. However, not all negative effects are substantial enough to cause “take” as defined under the Endangered Species Act and its implementing regulations. We can conduct careful reviews of project activities and evaluate the actual likelihood for project activities to cross the “take” threshold based on the best available science. An early and in-depth look at the real effects of your activities can save valuable time and money. 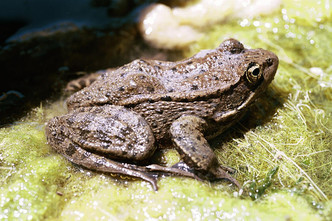 Nearly all projects that affect protected species can get take authorization from the Service. Only when project impacts would jeopardize the continued existence of the species — or adversely modify officially designated critical habitats — is authorization not available. SWCA scientists can identify where protected species may affect your operations and how project activities can be adjusted to avoid these limiting circumstances.

Be Aware of Multiple Compliance Options

When “take” cannot be avoided, there are often a variety of options available for achieving compliance with the Endangered Species Act. Where available, enrollment in a pre-negotiated compliance program can provide a streamlined and timely solution for obtaining authorization for unavoidable impacts. However, some clients opt to pursue an individual permit or consultation that is more tailored to their particular circumstances and resources. Many of these tools have different requirements and standards for approval. Our regulatory specialists can help you understand which options are best suited to accomplishing your goals.