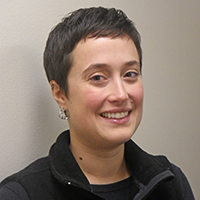 Brandy exemplifies what it means to apply high-level science to solve problems for SWCA's clients. By applying geoarchaeology to cultural resource management, she’s able to efficiently identify areas that are archaeologically sensitive and gain a better understanding of buried deposits that would otherwise require expensive excavations. She actively presents her research in forums ranging from local schools to academic conferences and industry events. And, in addition to being a skilled scientist, she is adept at guiding clients through complicated projects.

As a recipient of the quarterly achievement award, Brandy becomes a finalist for the annual Steven W. Carothers Scientific Merit Award.