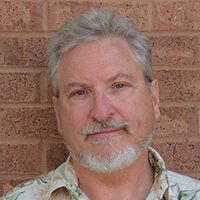 Jim started with SWCA in 1998 and served as the Cultural Resources Program Director for Albuquerque between 2003 and 2007. His scientific leadership has earned the respect and trust of colleagues, agency archaeologists, and clients. Jim is also a major contributor to the continued success of the Albuquerque office and to its cultural resources program.

Jim has overseen large archaeological data recovery projects that resulted in complex, multi-volume reports as well as regional syntheses, articles, presentations, and panel discussions. He served three years as the editor of the NM Archaeological Council newsletter, and three years on the Scientific Leadership Committee. He was the first SWCA staff person to receive a sabbatical award – he used it to complete research on book chapters that appeared in two edited volumes published over the past two years, and he has another two chapters in an edited volume in press.

The quarterly Lawrence S. Semo Scientific Achievement Award rewards individuals for demonstrating passion, creativity, and scientific excellence in a manner that advances SWCA's purpose, mission, vision, and values. The award is in honor of Larry Semo, who began working as a biologist for SWCA in Austin in 1993 and transferred to Denver in 1999. A respected and widely published ornithologist and all-around naturalist, Larry had an insatiable desire to learn and a great love for the outdoors until his untimely passing in 2011.  ​