In the 1970s, lapels were wide, fabrics were synthetic, and architectural features like oddly shaped windows and concrete panels suggested that George Jetson designed buildings from behind his atomic-powered drafting table.

In 1966, shortly before this rocket ride from traditional to “far out” in architectural design, President Lyndon Johnson signed the National Historic Preservation Act (NHPA). A little more than 50 years old now, the NHPA has cultivated an equal share of supporters and detractors. You can guess who plays for each side – historians and preservationists scramble to save much of the nation’s architectural heritage from the shadow of the wrecking ball, while developers and city leaders push to leave their own mark on the landscape.

Implementation of the NHPA has evolved over the past five decades, but one aspect has remained the same – generally speaking, a resource must be at least 50 years old for consideration of its historic significance (properties with exceptional significance can be designated before the 50-year mark). That means today, up for debate are those buildings from the decade that taste forgot: the 1970s.

The 50-year-old benchmark is as American as a frozen apple pie. In 1966, the nation was approaching its 200th birthday, so anything 50 years old or older was a little more than a quarter of the time the United States had been a nation. Older cultures in Europe and Asia may laugh, as this benchmark is nothing more than a blink of time’s eye.

The golden age of Queen Anne houses and neoclassical government buildings is long past. The NHPA just missed saving Penn Station in Manhattan, but it has played a significant role in saving individual buildings and entire blocks and neighborhoods in communities nationwide. With the regulations firmly in place, the NHPA faces an interesting challenge – how to record and celebrate the historic and architectural significance of buildings that most people may never have cared for in the first place. Time marches on, and soon it will be 50 years for those 1970s buildings still proudly displaying ornamental concrete blocks, strange fenestrations, tri-levels, and mansard roofs. 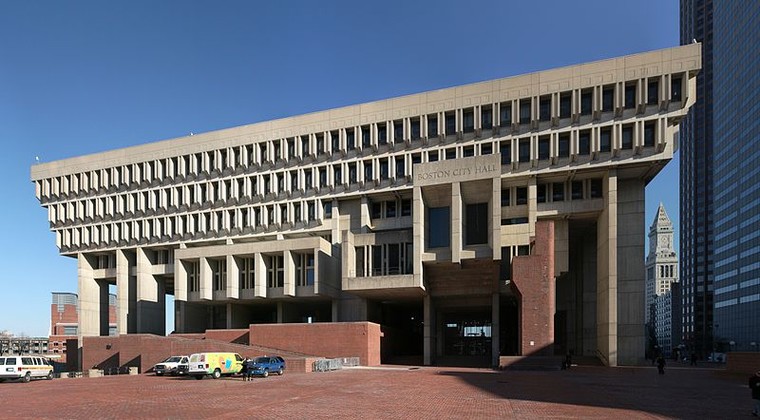 For an example of how some cities are treating 1970s architecture, let’s look at Denver, Colorado. Historic Denver Inc. is an organization that tracks and promotes the city’s significant buildings. It refers to buildings from the 1970s as part of the “Late Modernism” school.

What qualifies as “Late Modernism?” A few of the architectural features contributing toward that classification include a horizontally oriented building plan, ribbon windows, flat or shed roof, use of industrial materials like concrete, and very little exterior ornamentation. High-rise and low-rise buildings qualify – notably schools, factory buildings, office buildings, and shopping centers.

While classifying these buildings may boost their significance, in Colorado and many other states, the lexicon “Late Modernism” has yet to be officially recognized by state agencies and preservation specialists, and architectural historians are still working out what stylistically was actually going on and how to “classify” these trends and architectural movements.

The lexicon is the list each State Historic Preservation Office (SHPO) uses to describe a building’s architectural style or type. The closest description Colorado’s SHPO uses is “Modern Movement,” which covers most of the buildings constructed during the second half of the 20th century.

An interesting example of a lost building that many argue should have been preserved was Denver’s GEICO building. Resembling a space-age beer barrel, the GEICO building stood for a little more than 40 years at the corner of South Wadsworth Boulevard and West Alameda Avenue in the community of Lakewood, west of Denver. In early 2012, it was demolished to make way for a national chain drugstore. In the 40 years it stood, the building’s bizarre shape gained a measure of public recognition for its uniqueness.

SHPO offices, architectural historians, and historic preservation specialists are becoming more aware of those buildings that have endured ridicule or have stood anonymously for years. 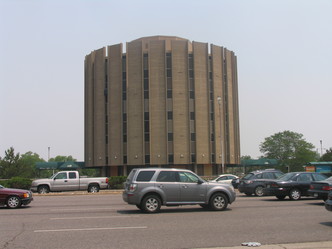 Love them or hate them, the buildings lucky enough to make it to the 50-year mark will have a great bearing on development projects. Most of SWCA’s historic resource specialists have found themselves investigating offices and other commercial buildings from the 1960s-1970s.

An example of this is the proliferation of cell phone towers. Cell towers direct countless numbers of conversations around the world every second of every day. In another example of how time marches on, a generation of new antennas are replacing the original towers. The Federal Communications Commission (FCC) is responsible for the licensing of these towers, and compliance with Section 106 of the NHPA is required. Survey work in a cityscape requires the historic resource specialist take note of the Area of Potential Effects (APE) surrounding the location where the tower will be installed.

The APE is defined under 36 CFR Part 800.16 as “the geographic area or areas within which an undertaking may cause changes in the character or use of historic properties, if any such properties exist.” If a NRHP-listed property is within the APE, a Secretary of the Interior’s qualified historic preservation specialist or architectural historian must evaluate the impact of the proposed new tower.

For potential visual effects, the FCC has suggested the APE include descriptions of buildings or features within ½ mile radius for towers 200 feet or less in height, ¾ mile radius for towers more than 200 but no more than 400 feet tall, and one-and-one-half miles’ radius for towers taller than 400 feet. Away from an urban setting, the surveyor needs to consider topography and vegetation when considering the impact within the APE for visual effects. As a result, apartments, residences, and professional buildings are becoming increasingly scrutinized for their historic significance.

For many Americans, it’s ingrained to replace what is old or move along and be the first to construct where no one has built before. The likelihood of an American building making it to 50 is an accomplishment unto itself.

WHAT THE NHPA MEANS TO YOU

Contrary to what most people understand, listing in the National Register of Historic Places (NRHP) does not include any government regulation for private property owners. The NHPA is designed to review projects that may impact NRHP listed properties owned, financed, or permitted by the federal government. This typically means DOT-funded highway, bridge, and road repairs and FCC-permitted cell towers. It also can be a part of any FEMA disaster recovery such as Hurricanes Katrina, Sandy, and Ike.

However, many municipalities have their own set of preservation regulations that owners must consider for buildings, bridges, and other examples of the built environment. Owners of potentially historic buildings should consult with their city or town’s planning or historic preservation department to make sure what they have planned for their building follows the local historic preservation ordinance. If you own a historic property and the building needs a little TLC, you can benefit from preservation. Some of those benefits include:

If you decide to keep and maintain your old property, you should also see a great deal of good will from your neighbors and new friends for keeping a piece of your community’s past for the future to enjoy.

For more information about our historic preservation services, contact us.