Danielle is recognized in Hawaii and internationally as an invasive species expert. She was invited to join the European Union’s European and Mediterranean Plant Protection Organization, or EPPO, because of her knowledge of two potential threats, Lygodium japonicum (Japanese climbing fern) and Andropogon virginicus (broomsedge). Both species are invasive in Hawaii, pose threats to native species and agricultural systems, can cause erosion, and alter hydrology and fire behavior. Pest risk assessment models showed that, exacerbated by expected climate change trends, Lygodium japonicum could spread across Europe, from Ireland and Britain to the Black and Caspian seas. As a result of her work, both species have been recommended for EPPO’s 2017-2018 list of Invasive Alien Species. Her skills have also been applied to large-scale transportation, renewable energy, and land development projects in Hawaii. 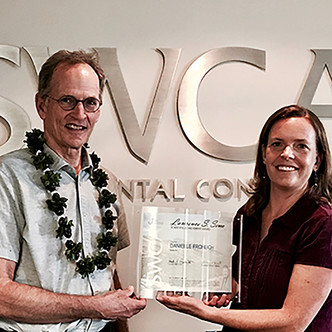