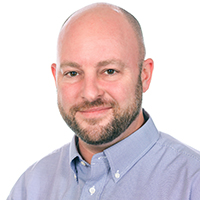 John joined SWCA in 2008 as a Principal Investigator, and has led Pasadena’s cultural resources team in a variety of projects throughout southern and central California. Most recently, he led a collaborative effort of more than 100 SWCA staffers, colleagues, agencies, museums, and avocational societies for the San Gabriel Trench Project, a 2.5-mile, below-grade railroad trench that was constructed on the grounds of Mission San Gabriel Arcángel (established in 1771). The project exposed the foundations of the mission’s 200-year-old garden, grain production facilities, and waterworks. The project earned a historic preservation award from the City of San Gabriel and was lauded for its extensive trilingual public outreach.