When your office is Grand Canyon, it’s easy to fall in love with your job. Such was the case for SWCA’s founder Steve Carothers and former CEO John Thomas.

In the 1970s, Steve was Director of Biology at the Museum of Northern Arizona, and he had secured contracts with the Park Service to inventory the biological resources of the Colorado River corridor and assess impacts from the burgeoning river running industry. John was a park ranger on the Colorado River and worked closely with Steve, planting the seeds for their working relationship.

Those first projects made important contributions to the understanding of the Colorado River ecosystem in Grand Canyon and resources management in the park. It also established the foundation for what became SWCA.

In honor of the Grand Canyon National Park celebrating its 100th anniversary in 2019, we wanted to take a closer look at SWCA’s history in and around the area.

Steve and his MNA team conducted a multi-year study documenting the damage caused by feral burros in Grand Canyon National Park.  Based on that documentation, the Park Service decided upon a much-publicized program to remove the animals.  In other words, they were proposing to kill “Brighty.” 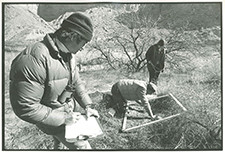 Brighty of the Grand Canyon is a popular children’s book and movie about a lovable burro that roamed the Canyon in the early 1900s. A statue of Brighty in the lobby of a Grand Canyon hotel bears the inscription “forever wild, forever free.” The irony of this in the face of a proposal to eradicate burros from Grand Canyon was lost on no one, and, inevitably, Brighty became the poster child of a “save the burro” movement. Eventually the burros were removed from the Park, alive.

In 1980 when the Museum decided to “get out of the biology business,” Steve took responsibility for completing the remaining research contracts, Grand Canyon studies chief among them. His work expanded into developing management systems for river and backcountry use and reducing impacts to park resources, including from populations of feral burros. To do this work Steve needed a staff. He also began to see the potential for a company.

This story was originaly published in a 2016 issue of The Wire. Click here to view.

Steve formed Steven W. Carothers Associates. John and Steve worked together on river management projects in the canyon while John was still working for the Park Service.

Incorporated as SWCA, Steve had won work with the Bureau of Reclamation to monitor fish populations below Glen Canyon Dam and was busy assembling the Icthyophyter, the first electrofishing boat capable of navigating Grand Canyon’s rapids. He was also wrapping up a report to the Park Service on the results of a multi-year study of human impact on Colorado River beaches and was writing a book with ornithologists Bryan Brown and R. Roy Johnson on the birds of Grand Canyon.  Stretched to the limit, Steve knew that if SWCA were going to be a “real” company, he needed more people. He offered John a job managing Tucson operations, and John accepted. 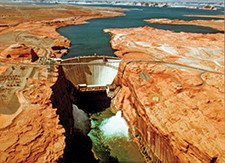 For the next 15 years, SWCA continued work in Grand Canyon National Park as part of the Glen Canyon Environmental Studies program that was created to assess impacts of Glen Canyon Dam operations.

SWCA was retained by Grand Canyon Railway to conduct the environmental analysis and prepare an environmental impact statement (EIS) analyzing the potential impacts of the construction and operation of a railway spur line from Tusayan, Arizona, to Grand Canyon Railway’s mainline tracks between Williams and Grand Canyon. The purpose of the proposed project was to enable up to 1 million visitors per year to park their cars in Tusayan and take the train to Grand Canyon National Park, thus reducing the vehicle congestion at the rim. The EIS was completed and all appeals were satisfied, yet the project was never constructed.

SWCA biologists were responsible for collecting important population, life history, and habitat data for the native fishes of the Colorado River in the Grand Canyon. Many of these studies have been instrumental in evaluating the downstream impacts of Glen Canyon Dam on the native fish population, especially the endangered Humpback chub (Gila cypha). 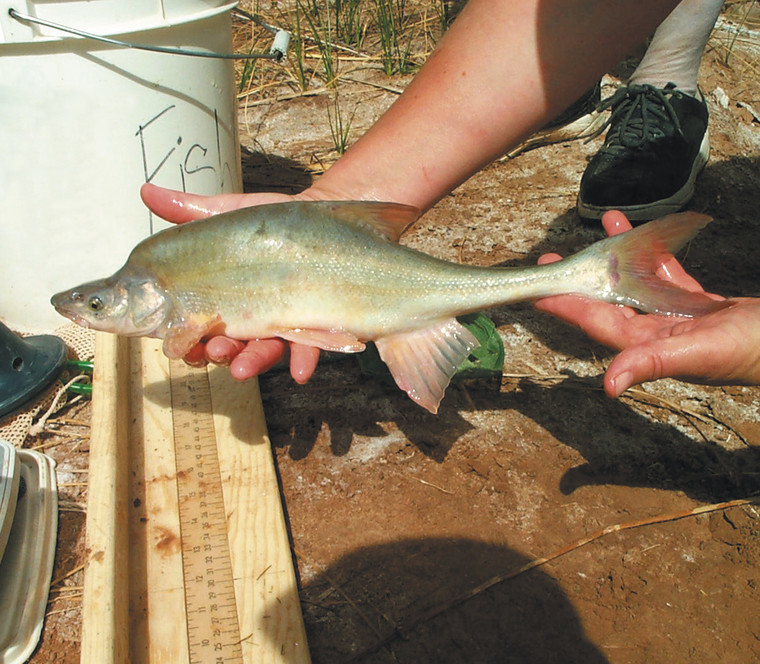 SWCA provided expertise to evaluate the feasibility of translocating endangered humpback chub into tributaries of the Colorado River in Grand Canyon National Park, including the evaluation of removal of non-native fishes to benefit native fishes in tributaries.

SWCA was contracted by the South Grand Canyon Sanitary District (SGCSD) to prepare an Environmental Assessment (EA) for a flood control project on the Kaibab National Forest. The purpose of the project was to protect the Town of Tusayan, Arizona, from ongoing flooding generated from adjacent National Forest lands. 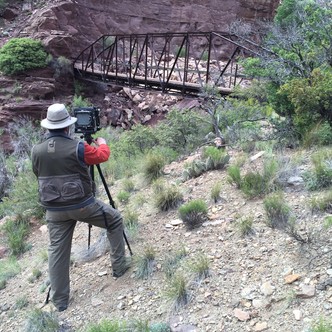 Grand Canyon National Park in 1970 completed a pipeline to transport North Rim water 12.4 miles to the South Rim and its village. Over the years, the pipeline suffered leaks and breaks.  Replacement of 50-year-old pipeline segments began in 2015, and the National Park Service contracted with SWCA to document the historical value of the pipeline to meet the standards of the Historic American Engineering Record (HAER) and the National Register of Historic Places.

The Trans-Canyon Water Line team was honored with a Governor’s Heritage Preservation Award for their work on this project.

The Arizona Department of Transportation (ADOT) proposed to improve the main terminal at the Grand Canyon National Park Airport, approximately 7 miles south of the South Rim of the Grand Canyon. Since the main terminal was consisted in 1967, SWCA conducted a historic building inventory and evaluated its significance historically, along with ensuring facilities were in compliance with the Disabilities Act of 1990 (ADA; 42 USC 12101).