On August 12, 2019, the U.S. Fish and Wildlife Service (USFWS) announced final changes to its regulations implementing the Endangered Species Act (ESA). These changes, first proposed in July 2018, are expected to become effective in mid-September, 30 days following publication in the Federal Register. 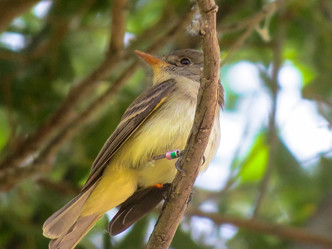 Southwestern Willow FlycatcherThe USFWS intends to add more transparency and efficiency to federal interagency consultations under Section 7 of the ESA by providing several new or revised definitions, clarifying certain information and analysis standards, and introducing timelines to the informal consultation process. Among the new definitions provided in the regulatory changes are: “effects of the action,” “environmental baseline,” and “destruction and adverse modification” of critical habitat. The USFWS has also clarified the information required to initiate consultation with the USFWS, created a 60 to 120-day timeline for completing informal consultations, added explicit consideration for expedited and programmatic consultations, and provided guidance for establishing which activities and consequences are reasonably certain to occur.

The regulations may trigger changes to the format and content of draft Biological Assessments that have not yet been accepted by the USFWS. However, project proponents can expect more predictability from the USFWS and federal action agencies when engaged in consultation. 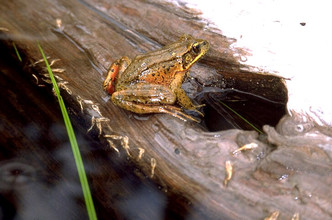 California Red-Legged Frog | Photo Credit: USFWSThe USFWS removed its long-standing default extension of the ESA’s prohibited actions, which expressly apply only to endangered species, to threatened species. Instead, on a case-by-case basis, USFWS will determine what protective regulations are appropriate for species that are newly listed or reclassified as threatened. The USFWS intends to make such determinations  concurrent with a final listing or reclassification rule, and the regulatory change will not affect the prohibitions currently in place for species already classified as threatened. This regulatory change will not affect the consultation obligations of federal agencies under ESA Section 7. 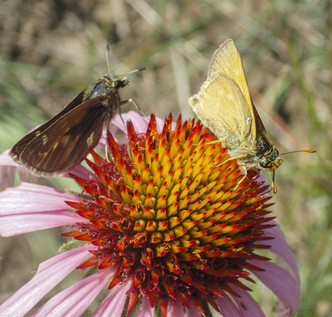 A pair of threatened Dakota Skippers on a pink coneflower in North Dakota.The regulatory changes provide substantial new interpretations for the standards applied to listing, reclassification, delisting, and critical habitat designations. The USFWS also clarified its framework for defining the “foreseeable future” related to threatened species and the factors it uses to make decisions regarding delisting species. Furthermore, the USFWS emphasized the intended application of best available information in making listing and critical habitat decisions. The USFWS declined to provide additional regulatory language regarding the definition of “habitat,” but clarified the thresholds for when it is appropriate to designate as critical habitat areas that are unoccupied by a listed species and when critical habitat designations are “not prudent.”

These regulatory changes provide more transparency into listing and critical habitat decisions and guidance for how the regulated community can contribute more effectively to the body of best available information considered by the USFWS.

SWCA’s ESA regulatory specialists have taken a deep dive into the new regulations and the USFWS’ explanatory rationale, and are ready to help you understand how the new rules apply to your ongoing projects and future activities.  Contact your local SWCA Project Manager or Amanda Aurora, SWCA’s ESA regulatory expert, at (email hidden; JavaScript is required) or 512-476-0891.

You can download a copy of the new rules at: