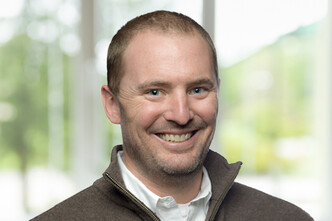 Nate started as a field technician with SWCA in October of 2008 and immediately demonstrated his expertise as a botanist, soil scientist, and landscape ecologist. Nate quickly developed a passion for applying his technical expertise to solve client problems. Shortly after joining SWCA, he became a field lead on the Chokecherry and Sierra Madre Wind Energy Project, the largest wind energy project proposed in the world at the time. In 2010, Nate began managing greater sage-grouse research activities for the project and since has become a nationally recognized expert in sage-grouse ecology and management.

Nate has also developed into one of SWCA’s leaders in ecosystem restoration. His practical experience working in sagebrush ecosystems and his PhD focused on biological sciences, soil ecology, and biochemistry, has allowed him to develop innovative approaches to reclamation based on successional ecology and soil management that are being used as a model for ecosystem restoration across the western United States.

Larry was an early mentor for Nate and was instrumental in his development as a scientific consultant. The two spent many a night chasing sage-grouse across the frozen landscapes of southern Wyoming. Congratulations, Nate!