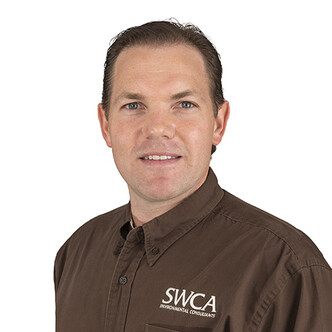 Rick joined SWCA in May of 2012, immediately establishing himself as a consummate botanist, water quality specialist, wetland scientist, and mammalogist. During his tenure at SWCA, Rick has provided field and technical leadership in establishing multiple wetland restoration sites that have provided habitat and functional mitigation for wetland impacts. He has led numerous multi-year studies of lotic and lentic systems to evaluate community structure, water chemistry, invasive species, trophic state, and other factors.

After receiving his Professional Wetlands Scientist certification in 2017, Rick established himself as one of SWCA’s leaders in the wetland mitigation and mitigation banking field. His primary areas of expertise are in wetland restoration and re-establishment for mitigation, Clean Water Act permitting, invasive species control, habitat assessment, wetland sciences, and the use of a wide range of field and laboratory techniques for evaluating biological and chemical constituents.