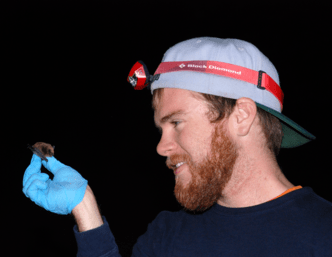 Drew joined SWCA in 2014 and since then, he has been a driving force in growing SWCA’s bat capabilities in the Midwest and East. A true embodiment of #NeverSettle and #AlwaysLearning, Drew is often looking for ways to do things better and smarter. With a well-established reputation in the bat world, Drew continues to expand his expertise, mastering bat acoustic analysis, earning his drone pilot certification, and representing SWCA on panels and at conferences. In 2016, Drew helped manage and execute one of the largest bat survey projects in SWCA’s history – which, coincidentally, was also the largest bat survey ever conducted in Arkansas.

In addition to being a leader within the bat group, Drew serves as the project manager for several projects, consistently earning high praise from key clients. As a member of the Chicago team, Drew leads staff in development and strategic career planning, and works with leaders across the company to develop best practices.