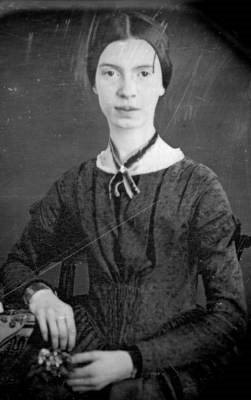 Though mostly unknown during her reclusive and eccentric life, Emily Dickinson’s vast collection of poems published after her death established her legacy as one of America’s most influential poets. Her home, built in the early 1800s, is preserved and open to the public as part of the Emily Dickinson Museum in Amherst, Massachusetts. People come from around the world to be transported into a different time through touring the property and learning about the author’s legacy.

Any renovation done on the property is regulated by preservation restrictions under the National Register Property to ensure nothing disturbs the historic nature of the site. The Director of the Emily Dickinson Museum approached SWCA in early 2021 to help them stay in accordance with these preservation restrictions during an upcoming maintenance renovation. The museum planned to install HVAC systems on-site with utility lines running across the backyard to an adjacent street. 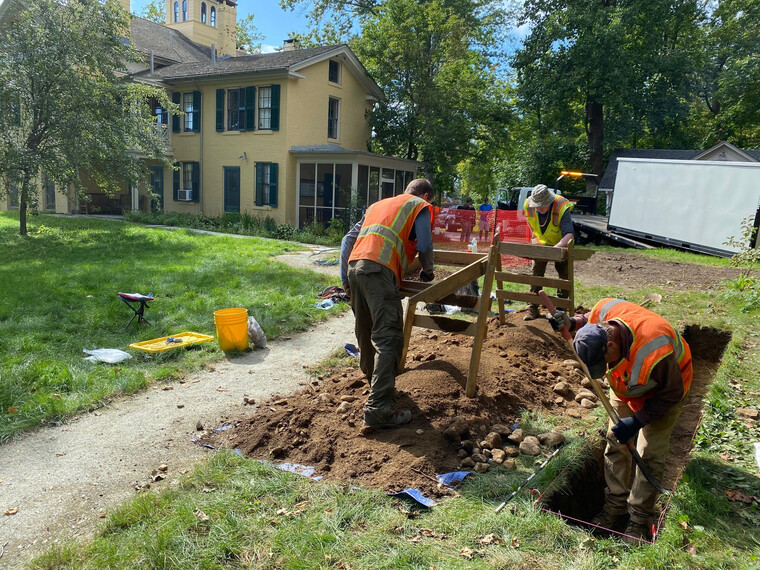 SWCA crew performing archaeological survey on siteThanks to investigations done by the University of Massachusetts (UMass) over the past 20 years, the museum learned that, in addition to the two established historic sites on the property, the home of Emily Dickinson and her neighboring brother, there was also a barn that had been knocked down in the early 20th century.

Interested in building a historic replica of the backyard barn, the museum needed to know its exact location as not to run utility lines through the original foundation or unintentionally destroy any artifacts during construction.

After receiving a permit from the Massachusetts Historic Commission, SWCA ’s cultural resources team performed an archaeological survey in the fall of 2021 to look for remnants of the barn and determine the exact whereabouts of the barn foundation. The crew included Nadia Waski, Zachary Nason, Darrell Geisler, and Austin Escott. 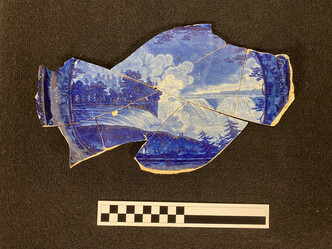 “Niagara Falls from the American Side” a flow blue transferprint serving platter from Enoch Wood & Sons ca. 1829 to 1846Using location projections provided by UMass, the team spent a week surveying three sites in the back of the property. They used shovels and trowels to dig trenches and skim dirt through sifting screens, uncovering nearly 2,000 artifacts in total, including brick fragments and nails from the barn, a penny from the 1800s, pottery pieces, remnants of the structure, and more. All of the artifacts will be added to the museum’s collection.

“We dig a lot of holes, so it’s fun when we actually dig some things up,” said Chris Donta, Project Manager and Cultural Resources team lead.

Each place has a unique history. After 25 years, it’s still exciting; you never know what you’re going to find.

SWCA determined the location of the eastern wall of the barn foundation, but due to later developments on the site, were not able to locate the western wall.

The team sent a summary of their findings to museum staff, including an artifact catalog and a full report write-up with a recommendation on where to place the utility lines as not to interfere with the barn foundation.

Construction of a replica barn is still a way off, but the museum has asked SWCA to return to monitor the installation of utility lines in early 2022.

“We are pleased to work with the Emily Dickinson Museum on this project,” Donta said. “This is a great opportunity to help preserve the legacy of one of America’s treasured authors.”

“We turn not older with years, but newer every day” - Emily Dickinson