Admittedly, the idea of goats fighting fires sounds a little ridiculous. How would they drive the truck? Wouldn’t they eat their little uniforms along with everything else in sight? While these goats aren’t being used to fight actively burning fires, it is their famously ravenous appetite that landed them a job helping the City of Half Moon Bay, California put the threat of wildfires out to pasture. 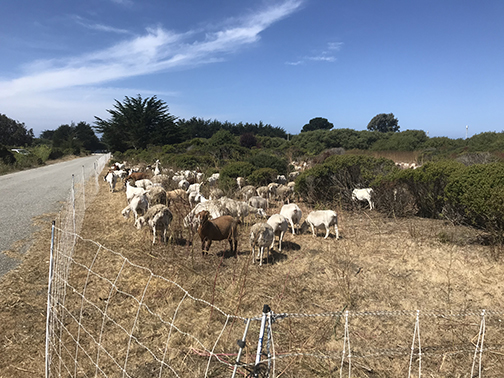 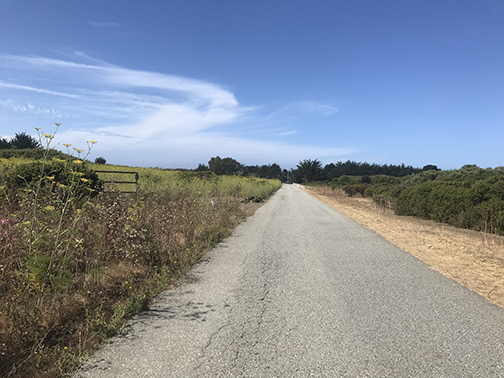 Unmaintained fields (left) grew weeds and invasive plants up to 6 feet high. An area recently cleared by goats (right) shows the program’s efficacy.About a decade ago, city officials acquired a pair of properties, known as Beechwood and Glencree, straddling Highway 1. With wetlands and environmentally sensitive habitat on the property, there are no plans for residential development, so the city and local sewer authority maintain these areas as a publicly accessible open space. The properties are great places to spot wildlife and have become popular with bird watchers.

Even when kept in this natural, undeveloped state, the city has an obligation to maintain the property and protect the residential areas bordering the properties from the threat of wildfires spreading quickly through the vegetation. Tractor mowers that were used previously generate both noise and air pollution, threaten sensitive wildlife species, and are a relatively heavy-handed approach to a delicate task. Goats, however, offer an option that’s easier on the land and the city’s purse strings.

While not a new concept, using goats for vegetation management on the Beechwood and Glencree properties was a first for Half Moon Bay in this partnership with SWCA and Star Creek Land Stewards. Andree Soares at Star Creek Land Stewards provides a herd of about 500 goats to graze paddocks on the property delineated by electric fences. The goats graze through each paddock at a much slower pace than a mower, allowing sensitive species such as California red-legged frogs and San Francisco garter snakes to easily move from harm’s way. 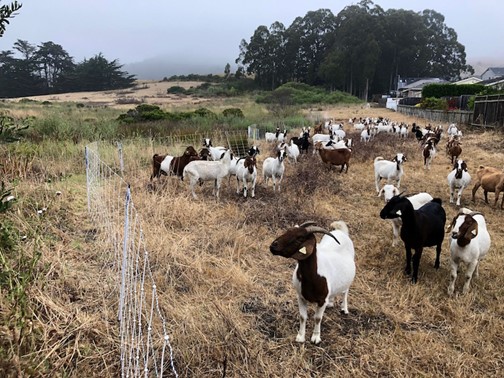 The fencing does more than keep a curious goat from causing a traffic jam on Highway 1. Enclosing the goats into one section at a time encourages a more even graze and allows for watchful SWCA biologists like Jessie Henderson-McBean to suggest a paddock change when the vegetation is trimmed down to the desired height. The goats also eat a wider variety of vegetation instead of picking out only their favorite foods and moving on. This results in a more diverse habitat regrowing in their wake. With careful surveying and placement by Henderson-McBeanand her team, the fences also provide protection for desirable native wetland plants while the goats help themselves to invasive and other fire-prone species. 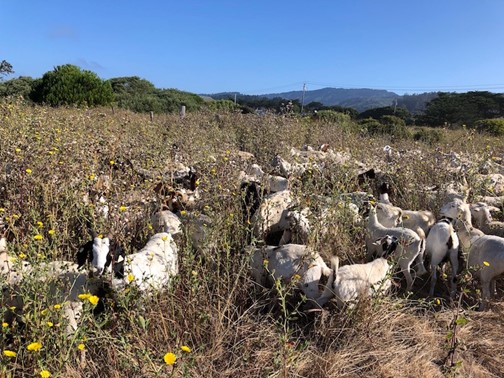 “This is a great way to bring sound science and creative solutions to the City of Half Moon Bay’s vegetation management plan,” said Henderson-McBean. “As this program continues beyond its third year, we are really hitting our stride with this partnership. It’s ticking all the right boxes for the various stakeholders, including the goats, who seem to enjoy the buffet.” 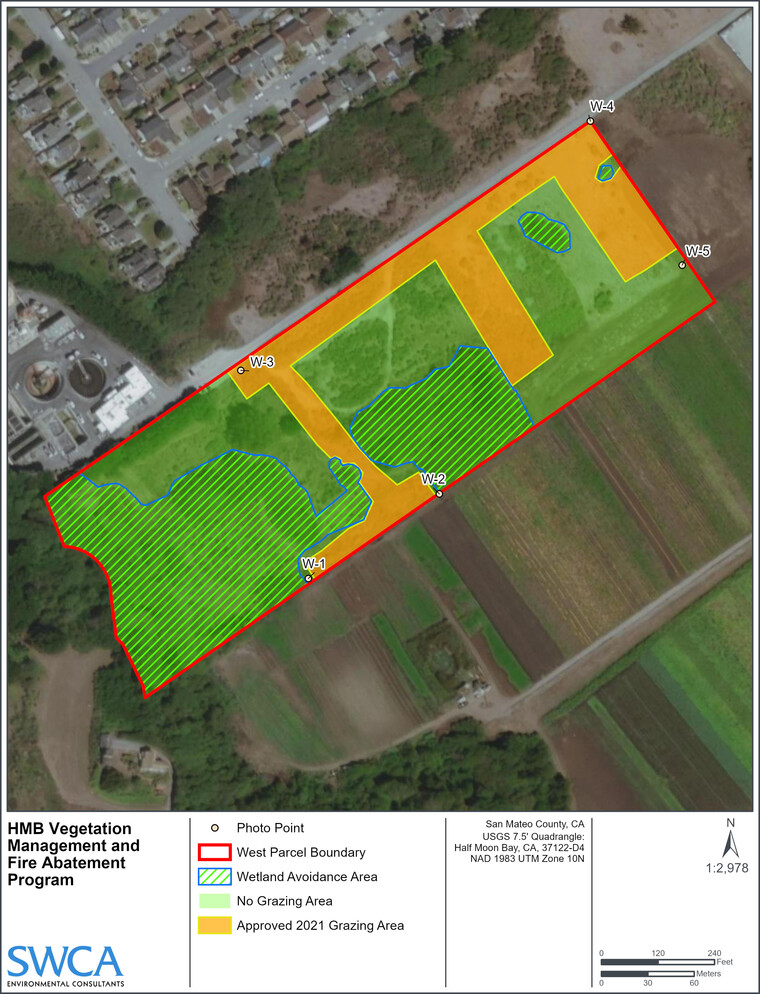 Fire breaks (orange) grazed by the goats allow access for fire crews and provide defensible space for the nearby homes. Wetlands (green stripes) are not grazed to protect critical habitats.

Though the program started off with some contention from local environmental groups, the results have earned wide acclaim from the community. Area members of the Audubon Society are pleased that grazing fire breaks, instead of clearcutting, maintains migratory bird habitat in these open space areas. 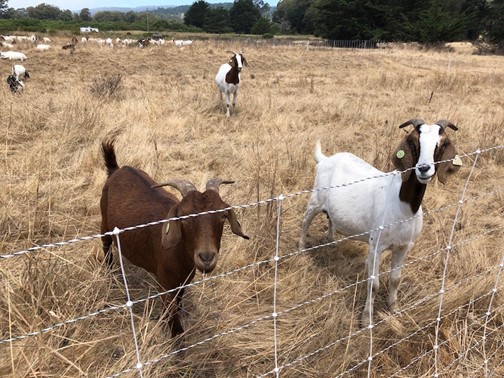 The homeowners surrounding these properties rest a little easier too, knowing the risk of wildfire is reduced – even if the peaceful sounds of birds chirping and frogs croaking are occasionally interrupted by the bleat of a firefighting goat.