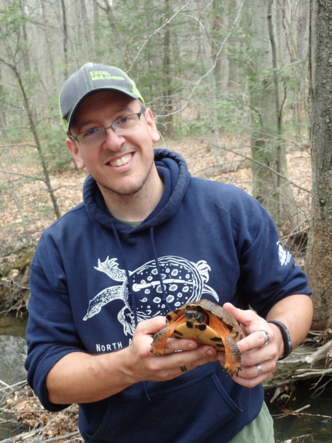 May 23, 2021, is World Turtle Day and we sat down with our Regional Scientist, Eric Munscher, to take a peek inside the wide world of herpetology (the study of reptiles and amphibians).

SWCA: Have you always had a love for reptiles?

Eric: Yes, although my passion has morphed over the years. When I was a kid, dinosaurs ruled my imagination and I wanted to go into paleontology. As a teenager, I was able to shadow a veterinarian and later applied to Penn State as a pre-vet major. My freshman year, I did a study abroad program in Belize to help Dr. Brian Hauge on giant Mexican musk turtle research that really changed my trajectory. 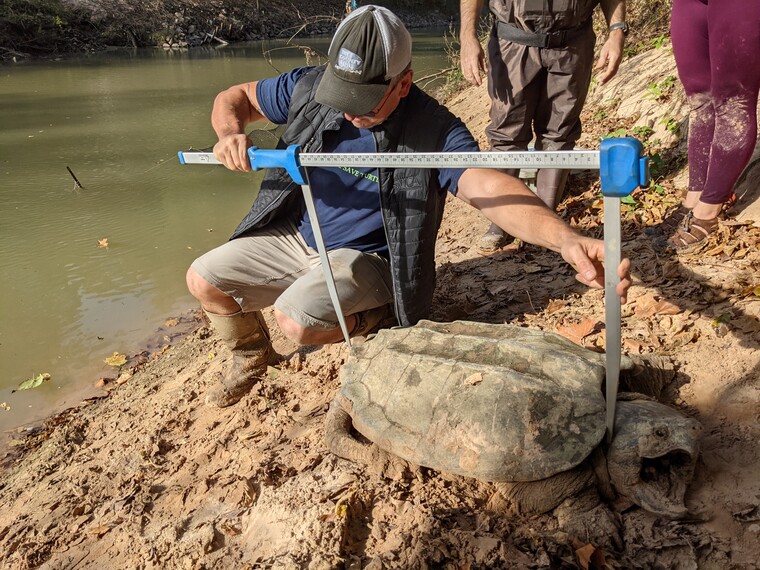 SWCA: What was next for you?

Eric: After that Belize trip, I helped Dr. Hauge with other research on aquatic turtles in Florida and shifted all my efforts into wildlife sciences and research. I studied predation rates on diamondback terrapins in Florida for my master’s degree and would later take over Dr. Hauge’s Florida studies and create a research group called the North American Freshwater Turtle Research Group (NAFTRG) that the Turtle Survival Alliance would later take in as their official North American research group. My program has four study sites in Texas, eight in Florida, two in Pennsylvania, one in New Jersey, one in Tennessee, one in Washington State, and one in Belize. 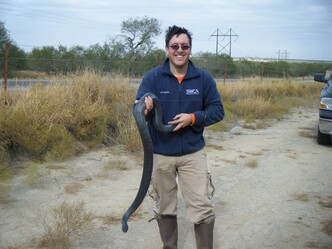 SWCA: How did you get started at SWCA?

Eric: Actually, I originally wanted to be a biology professor. After graduating with a bachelor’s degree in Animal Sciences and Wildlife Sciences from Penn State University and a master’s degree in biology from the University of North Florida, I learned that consulting was a career option. I started with a small firm in Florida and then moved to SWCA as an ES I field technician in 2008.

SWCA: How has your technical knowledge changed your role here?

Eric: We were a much smaller company back when I started and as SWCA grew, I was able to evolve my role through my expertise as a threatened and endangered species biologist. I became fluent with Waters of the United States (WOTUS) delineations and regulations and I am now considered a technical lead in our Houston office. 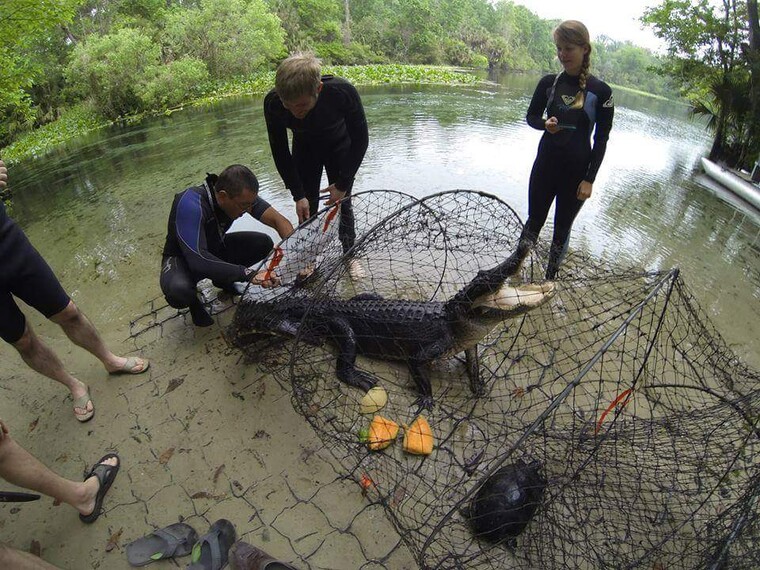 SWCA: On World Turtle Day, what should we all know about the amazing creatures you work with?

Eric: The fact that turtles are the #1 vertebrate group headed towards extinction really surprises people. Turtles across the world need conservation help and that’s the reason great organizations like the Turtle Survival Alliance exist. 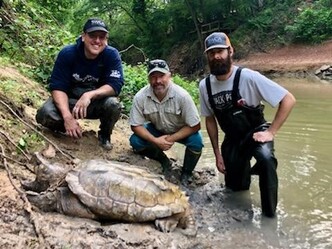 SWCA: What can we do to help turtles in the wild?

Eric: A big one for me is the use of fishing tackle. The work I do in Houston with the alligator snapping turtle has really opened my eyes to how devastating leftover fishing lines and hooks can be to turtles. And not just snagged lines and hooks left behind, people will accidentally catch turtles while fishing and cut the line rather than trying to get someone to remove the hook. A simple fishing hook can kill a 100+ lbs turtle that might be more than 75 years old. To me, that is a real waste of an incredible animal that could still contribute to the ecosystem for decades. When you are out enjoying our natural environment, remember to leave it better than you found it and if you pack it in, pack it out.

Our thanks to Eric for taking the time to share his expertise with us. Eric is a great example of the diverse career paths available at SWCA to those who follow their passions. To learn more about current opportunities at SWCA, visit swca.com/careers