In January 2015, the Federal Aviation Administration (FAA) released the Draft Environmental Impact Statement (EIS) — produced in close coordination with SWCA — for the proposed Angoon Airport in Alaska. The document’s use of plain language, easy-to-understand graphics, and a navigable structure has earned praise from EIS readers and reviewers. Read below to learn more about the EIS from the project manager and managing editor.

background on the Angoon Airport Project

The small community of Angoon in southeast Alaska is currently accessible only by seaplane and ferry. The proposed project is the construction of a new land-based airport. The Alaska Department of Transportation and Public Facilities is the party proposing the project and would maintain and operate the airport if it is built. The FAA is responsible for the safety and environmental requirements of public use airports and is the lead federal agency responsible for the preparation of this EIS. There are three airport locations analyzed in the EIS. Two of them are located in the Kootznoowoo Wilderness and one is on private lands.

Why did the FAA and SWCA choose a more graphical approach for the Angoon Airport EIS?

Knowing the audience for this EIS would be broad, ranging from the residents of the remote village of Angoon to scientists and legal experts representing agencies and nongovernmental organizations, the FAA project manager, Leslie Grey, set a goal to prepare a document that members of the general public could readily understand but that would remain scientifically and legally defensible. With the SWCA team on board and a wide range of specialists with a similar goal in mind, the FAA-SWCA team worked together to develop an approach.

The result is an EIS that is engaging, accessible, and comprehensible, fulfilling the true spirit of public disclosure called for in the National Environmental Policy Act (NEPA). This “plain language” EIS makes the alternatives and the potential effects of those alternatives very clear to a variety of readers.

How does this EIS do a better job of public disclosure?

There’s a common notion that EISs should be written for an eighth-grade level. It’s an interesting idea — and a good reminder to environmental professionals that EISs are meant for the public and should be as accessible as possible. But some professionals hear the guidance “write to an eighth-grade level” and think that means “dumb it down.” That’s not true, and it’s certainly not the intent of NEPA. We can't fully disclose a project’s impacts if the information is dumbed down. However, the Plain Writing Act of 2010 requires that federal agencies use “clear Government communication that the public can understand and use.”

Even with the passage of this act, many EISs are more complicated than they need to be. EISs are usually written by teams of scientists who are good at their research but are not necessarily trained as writers. They think and write in the terminology of their discipline — in other words, jargon — and they sometimes assume that everyone understands the same words, concepts, and information that they do.

For the Angoon Airport EIS, a team of writers, editors, graphics specialists, and reviewers (from both the FAA and SWCA) transformed the normal complexity of an EIS using three components:

How does Plain Writing Act compliance come into play?

Even the best writers can’t always avoid discipline-specific terminology. This is especially true when the NEPA document must discuss legal terms. To help with this issue, the EIS uses “terms to know” text boxes. These boxes provide straightforward definitions of any complex terms in the text. The definitions appear on the same page where the term is first used in a given chapter. The term is shown in a bold, italicized font. In keeping with a plain language theme, definitions are stated in simple terms unless quoted and formally cited.

In terms of navigable structure, the EIS comes in two formats: as a paperback book and as a PDF available on a website or CD. The PDF has hyperlinks for website-style navigation, so readers can move easily from section to section. Readers of the paperback book format have similar flexibility because all hyperlinked information is findable by section number. Either format allows the reader to find key information quickly and easily.

Finally, in terms of graphics, the team’s editors, designers, and mapping specialists worked with the scientists to create maps and figures that help explain scientific and technical concepts. This ranges from something as simple as including a photograph of the area to more complicated graphics and maps detailing effects. For example, the bullets listing characteristics of a certain habitat would be layered onto a map showing the location of the habitat. This makes it easy for the reader to visualize the potential environmental effects across a project area and to compare the effects in different areas. Another example shows — rather than using descriptive text — the technical terms for how visual character is evaluated. 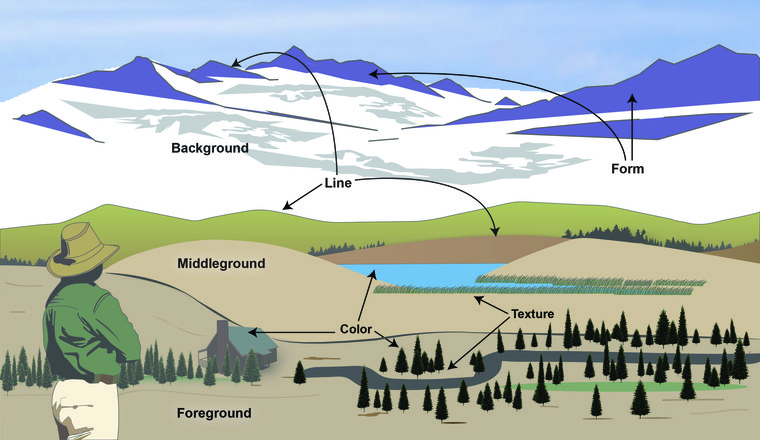 What has the response been so far?

The FAA-SWCA team has received positive feedback from numerous federal agencies, including the Environmental Protection Agency and the U.S. Forest Service, as well as private groups. In general, those who prefer to have an electronic version for review have appreciated the hyperlinking functionality of the document and the plain language approach. For example, the Aldo Leopold Wilderness Research Institute told us, “This report is of such quality that I have used, and will continue to use, this EIS as an example for land managers and NEPA practitioners to learn how assessing project effects on wilderness character can, and should be conducted.”

When would other projects benefit from this approach?

There are many reasons this three-pronged approach of plain language, navigable structure, and graphics — or any of its components individually — can benefit a project. Project developers should consider the following:

Putting typical EIS content through the rigors of a plain language translation also often exposes problems in logic or data. It’s an excellent way to scrub the content, check the logic of an argument, and make an EIS scientifically and legally defensible. If these considerations apply to a project, any or all of the three reader-friendly components can improve the end product.

If you are not able to download the FEIS, CDs are available. Email your CD request to @swca.com>