In early 2018, a multi-year collaboration between California Department of Transportation District 5, the Elkhorn Slough Foundation, and the U.S. Army Corps of Engineers culminated in the preservation of 167 acres of wildland in the Elkhorn Highlands of Monterey County, California. Now recognized as the Elkhorn Highlands Reserve, this mitigation land transfer marked a first-of-its-kind partnership between a California state agency and a local non-profit organization.

HOW IT ALL STARTED

Establishment of the Elkhorn Highlands Reserve was over a decade in the making. Since the early 2000s, the California Department of Transportation District 5 (Caltrans) was engaged in the environmental planning process for the Prunedale Improvement Project (PIP) – an interchange and local road improvement project along a 9-mile section of State Route 101 in Monterey County. The construction of PIP would unavoidably result in impacts to jurisdictional wetlands and other habitats. 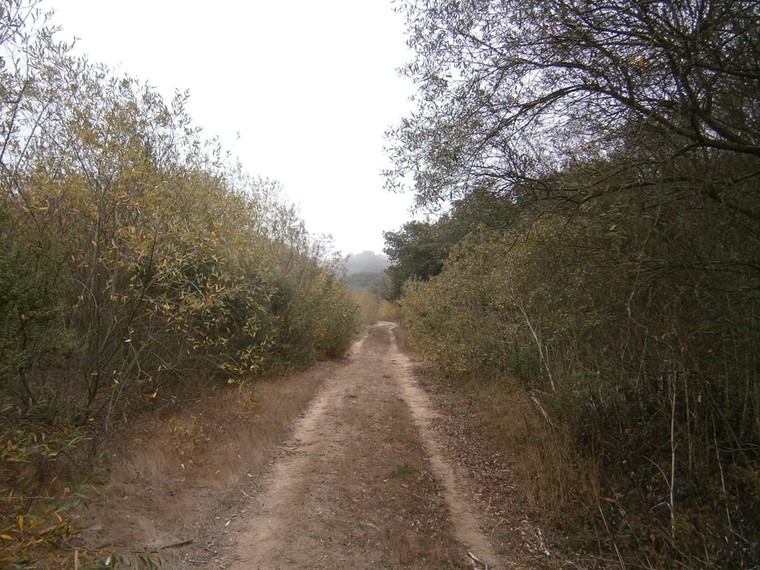 Unable to fully implement mitigation due to a lack of available space within state right-of-way, Caltrans began a property search that would serve as the best choice for off-site mitigation. In November 2008, Caltrans purchased three adjoining parcels in the Elkhorn Highlands located inland of the Elkhorn Slough, a tidal slough and estuary on Monterey Bay. The property was previously proposed for rural residential development.

Once purchased, Caltrans staff managed the site up until the point of eventual mitigation land transfer. The three parcels combined included approximately 167 acres supporting coast live oak woodland, central maritime chaparral, grassland, riparian vegetation, a seasonal drainage, and a seasonal freshwater marsh. Caltrans obtained the CWA Section 404 Permit for PIP from USACE in 2010, requiring mitigation to compensate for the loss of jurisdictional “Waters of the U.S.” The permit required preservation of jurisdictional wetlands and other waters on the proposed mitigation property in the Elkhorn Highlands. In addition, a number of compliance documents and land transfer legal paperwork would be necessary.

Everything changed in 2011 with the passage and approval of California Senate Bill No. 436, which allowed for the transfer of both an interest in real property and financial endowments to non-profit organizations to mitigate adverse impacts upon natural resources.

Caltrans had acquired land with the necessary resources, but unfortunately was not in the perpetual mitigation land management business. Over several years, Caltrans had previously fostered a working relationship with the Elkhorn Slough Foundation (ESF), a non-profit organization and accredited land trust that was formed in 1997 to conserve and restore the Elkhorn Slough and its watershed.

ESF had expressed interest in conserving the proposed Elkhorn Highlands mitigation property for several years, but earlier discussions had failed for a variety of reasons, including legal difficulties in transferring mitigation lands and endowments to third party non-profit organizations.

With this legal mechanism now in place, the partnership between Caltrans and ESF could once again move forward.

SWCA was brought on to the project by Caltrans in 2011 to assist in coordination with ESF on the Prunedale Improvement Project (PIP) mitigation land transfer. SWCA, Caltrans, and ESF explored the site to become more familiar with its resources and impacted areas requiring remedy. Numerous meetings were held to discuss goals, strategy, funding, and schedule. ESF established a number of standards that needed to be met before they could accept the property. For example, over the decades, previous ownership had deposited substantial debris. Certain areas had essentially become dumping grounds, including a location near riparian wetlands.

In 2012, ESF worked with Caltrans to clean up this debris, hiring a contractor to remove 800 tons of concrete slabs and agricultural trash resulting from historic uses of the site, including an abandoned air strip. Because no fencing was in place to define the property boundary and deter trespassing, Caltrans Office of Surveys staff formally surveyed the boundary and established survey monuments – no easy task considering the dense vegetation growing in many of these areas. Focused vegetation removal was monitored as fencing was installed in 2014. Since the property supported about 6.5 acres of non-native and invasive eucalyptus and acacia trees, ESF also wanted assurances that Caltrans would fund the eventual removal of these trees.

Over the next few years, SWCA took the lead in preparing various compliance documents. Per requirements of the USACE Clean Water Act Section 404 permit, SWCA revised the Mitigation and Monitoring Plan (MMP) previously prepared by Caltrans to specifically address the preservation of jurisdictional wetlands and other waters on the property. Numerous photo point locations were established throughout the site to capture imagery of baseline conditions and to serve as a basis of comparison for future monitoring.

USACE also required an “Operations and Management Plan” that Caltrans and ESF agreed would apply to the entire site, not only USACE jurisdictional waters. SWCA prepared the Long-term Management Plan (LTMP) to ensure the mitigation property would be properly managed, monitored, and maintained in perpetuity. The LTMP established objectives, priorities, and tasks pertaining to jurisdictional waters and other sensitive habitats; periodic botanical and wildlife inventories; invasive species management; and provisions for security, safety, and public access. The LTMP was designed to set forth broad goals for proper stewardship and conservation of the property in perpetuity, while allowing ESF the flexibility to work out the details as to how these goals could best be accomplished under an allocated budget.

Which brings us to an important question – how would the partners determine what it would cost to maintain and manage the site in perpetuity? This would be accomplished through the preparation of a Property Analysis Record (PAR). PAR software developed by the Center for Natural Lands Management (CNLM) has for several years served as an industry standard for estimating financial endowments for mitigation lands. Several negotiations between Caltrans/SWCA and ESF were required to reach agreement on the scope, cost, and frequency for various land management tasks, such as biological surveys, habitat restoration and monitoring, and general operations and maintenance.

Another key piece of information was the assumption for the endowment earnings per year (i.e., rate of return) once the endowment was invested to generate income while preserving principal (i.e., non-wasting). ESF’s Board of Directors assumed a rate of return that Caltrans found acceptable, and the financial endowment could now be calculated. Once the various task, cost, and rate of return assumptions were entered into the PAR software, it generated a report including an average annual land management budget and the endowment needed to provide that funding in perpetuity. The PAR estimated that the total necessary financial endowment dictated by assumed tasks and costs would be approximately $2.2 million – a tidy sum, but not unprecedented for a mitigation property of this size and with this variety of sensitive resources.

THE TRANSFER IS MADE OFFICIAL

Finally, the above documentation along with a legal Transfer Agreement consisting of a grant deed, real property description, transfer agreement, and “Agreement Declaring Restrictive Covenants” (similar to a deed restriction or conservation easement), were submitted to USACE for approval in 2017. 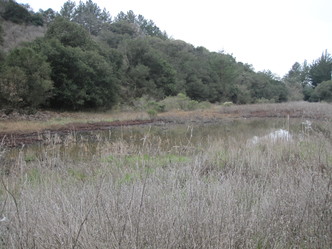 Exploration of the property has also revealed some interesting sandstone features that have stumped geologists to date. In September 2018, the Elkhorn Highlands Reserve mitigation site for the Prunedale Improvement Project received the annual “Caltrans Excellence in Transportation Award for Stewardship of the Environment.”